Reports from November 2021 state that up to 90% of all cannabis sales remain “underground”, or outside of dispensaries licensed by the Department of Cannabis Control (DCC). Even though the illegal cannabis market is large, licensed recreational dispensaries continue to grow and rake in substantial gains in California.

The 2021 fiscal year saw the cannabis industry bring in a total of $5.2 billion in taxable sales. This accumulated around $1.3 billion in total tax dollars from legal marijuana. The Californian cannabis industry is continuing to grow each quarter, making it more critical than ever to familiarize ourselves with the laws and regulations of the State.

Due to this, we at Custom Cones USA have taken a deep dive into the legalization process, Californian cannabis laws, and all the things you need to know to take the plunge into Golden State’s recreational landscape.

As mentioned previously, California was the first state to legalize medical marijuana on November 5th, 1996 under the “Proposition 215: Compassionate Use Act”. With the early adoption of medical-use cannabis, it was only a matter of time until recreational weed was allowed within the State.

The first step in legalization was the passing of the "Medical Cannabis Regulation and Safety Act," in 2016. The act comprised seven different bills, which ultimately helped regulate the cultivation, transportation, and use of medical cannabis. This helped pave the way for regulating recreational licenses in the future.

What followed was the 2016 “Proposition 64: Adult-use Act” which permitted adults 21 and above to purchase marijuana within State lines. However, it included that certain counties and jurisdictions can create their laws allowing or disallowing certain aspects of the cannabis business.

The first legal cannabis sales were made on January 1st, 2018 by dispensaries that were granted cannabis licenses by the DCC.

Who can legally sell cannabis in California?

What cannabis licenses are available within California?

In total 17 different licenses are available via the DCC within California. Some of these licenses have other sub-licenses that differentiate from each other. These include:

How can I apply for a California cannabis license?

To apply for any cannabis license you need to be prepared. To gather all necessary materials and information, visit the official DCC website.

What is the annual fee for a California State cannabis sales license?

The total annual fee is dependent on the operation size and services. Cannabis sales license holders can typically expect to pay between $4000 to $72,000 annually to renew their license.

What is the Cannabis Appellations Program?

The Cannabis Appellations Program (CAP) is to help clarify the region of cultivation for specific cannabis products. This helps build the validity and name branding of said regions, similar to how wine is appellated. It also pushes cultivators in the same region to work together to build that region’s brand. To join this program, one needs to pay a $14,250 proposition fee, along with a $2,850 petition fee.

How does California tax cannabis?

California has a unique tax system set up around the cannabis industry. Cultivators, distributors, retailers, and manufacturers all have specific taxes that need to be adhered to. The most pricey tax comes to cultivators, which comes in around $9.65/oz. of flowers, $2.87/oz. leaves cultivation tax, and a $1.35/oz fresh cannabis plant tax.

Consumers are taxed with a 15% excise rate and an 8% state sales tax.

Although the underground cannabis market is still number one in California, these companies have been setting themselves apart from the rest and have solidified themselves as the top players in California.

Most popular for their live resins and incredible 100% 510 vape cartridges, Cannabiotix has paved a way for themselves in the California market. Offering all things cannabis, they boast a wide range of flowers, not just concentrates, that patrons can partake in.

Raw Garden handles every aspect of the cannabis process. Cultivation, manufacturing, and eventually retailing. This in-house approach guarantees quality for all of their cannabis. They are known for their concentrates, vape pens, cannabis PAX pods, and refined live resin diamonds.

Offering nearly every cannabis product under the sun, Stiiizy’s wide selection has helped push itself ahead of the competition. With constant innovations thanks to their in-house science team they have created their top-shelf vaping series that you have to try.

The “Emerald Triangle” is a small region in northern california that is known for being the largest cannabis producing region in the United States. The climate paired with the volatile landscape make for the perfect conditions for growing and producing cannabis.

With this in mind many cannabis companies are emerging across the country and are naturally choosing to sell their precious product in the great state of California. It is important for your brand to understand that since cannabis is not federally regulated that leaves all the legalities regarding production, packaging and sale of any cannabis based product left to the regulation of the state government in which you are doing business in.

Just like other states with legal medical and recreational cannabis - understanding the rules and regulations surrounding the packaging and labeling requirements in California state are vital to the overall success of your cannabis venture. Lucky for you, Custom Cones USA are the experts at all things packaging and labeling - offering you not only a one-stop-shop for all things pre-roll but also a one-stop-shop for all the knowledge you may need to acquire to ensure the success of your pre-roll brand!

California is known for their ever-changing rules for cannabis packaging and therefore keeping up with these changes can be rather difficult and can pose a risk to the sustainability of your brand. Your pre-roll brand should make sure to always check back with your states specific department that handles cannabis regulation in order to stay up-to-date with any changes that may occur. That being said, one should always ensure to understand the basics when it comes to cannabis packaging and understand the few basic rules that one should adopt or avoid when launching your pre-roll brand.

The Basics:
There are a few basic ideals you want to keep in mind when designing the packaging for your pre-rolls - generally these guidelines are fairly universal if you are doing business across multiple states, but again, be sure to check back with each specific state to ensure the correct guidelines are being followed.

In terms of packaging you are going to want to do the following:

- Not attractive to minors:
- Child resistant
- Tamper evident
- Resealable if product is for multiple use

Now that you have a general understanding about what to stray away from on your package, lets see some of the basics when it comes to the label that you include on your pre-roll packaging:

Keeping in mind the last point about your product being resealable, if you are doing a pre-roll multipack, you are going to want to make sure that the package is resalable in some sort of fashion. 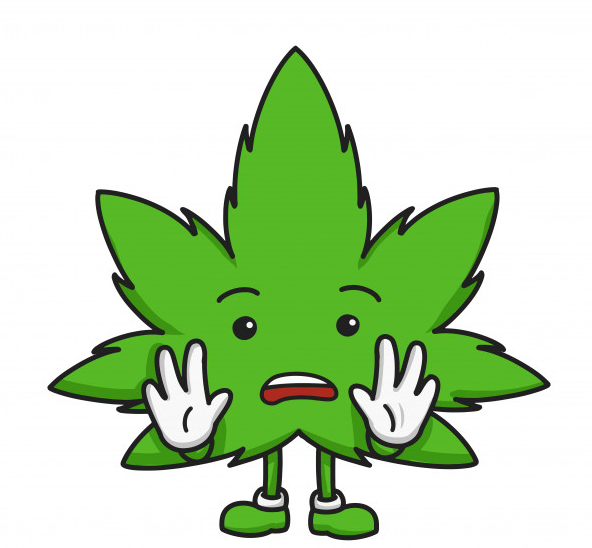 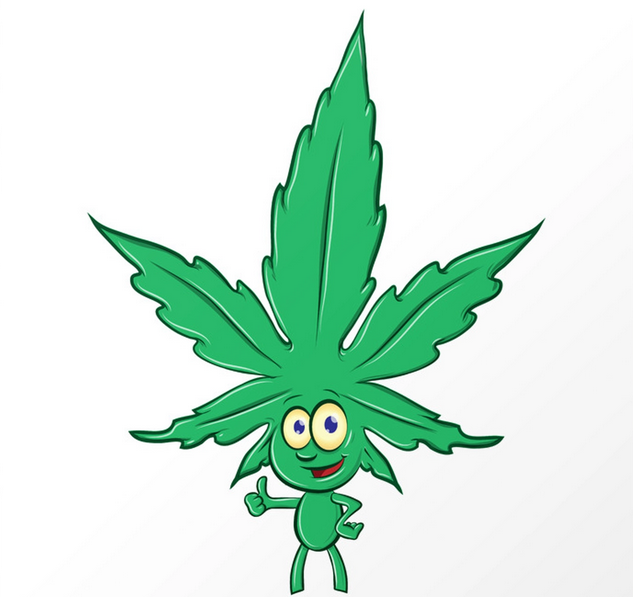 ex. images attractive to minors
The Nuances:
There are a lot of many nuances that should be broken down so you can better understand what exactly should not be included on your packaging/labels as sifting through the legal jargon can be quite difficult for those not generally familiar.

Like many other states, California mentioned “not be attractive to minors” in reference to cannabis packaging - what this means is that when designing your packaging and labels you want to stray from imagery that would typically be associated with minors or young people. Think bright colors and cartoons. Yes, this would mean you probably should stray away from any sort of cartoon imagery of a character consuming cannabis (or allude to it) just to be on the safe side.

You also are going to want to include a unique identifier that is placed on the label when packaging your pre-roll product.

On a state by state basis they may require you to print a specific series of statements that mention the intended use of the product is - California is no different. Be sure to include, in bold, the following statement
“GOVERNMENT WARNING: THIS PACKAGE CONTAINS CANNABIS, A SCHEDULE I CONTROLLED SUBSTANCE. KEEP OUT OF REACH OF CHILDREN AND ANIMALS. CANNABIS MAY ONLY BE POSSESSED OR CONSUMED BY PERSONS 21 YEARS OF AGE OR OLDER UNLESS THE PERSON IS A QUALIFIED PATIENT. CANNABIS USE WHILE PREGNANT OR BREASTFEEDING MAY BE HARMFUL. CONSUMPTION OF CANNABIS IMPAIRS YOUR ABILITY TO DRIVE AND OPERATE MACHINERY. PLEASE USE EXTREME CAUTION”
You are also going to want to include the date of cultivation and the specific type of cannabis that is being sold alongside the compounds in the follower (i.e. CBD and THC content).

Thought we were done? We can't forget about the notorious universal symbol! This symbol varies state by state but the nature of the symbol is the same no matter where you are doing business. Be sure to include this symbol on your packaging and not modify it in any way (must remain solid black) 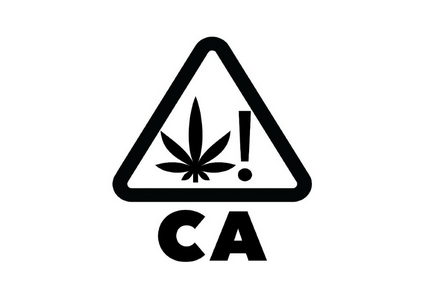 As mentioned before, your pre-roll brand should always be sure to check back with the cannabis board for the state in which you are doing business in. California state has launched a comprehensive resource called the Cannabis Portal which gives you an indepth look at the cannabis regulations for California State. In addition, Custom Cones USA is always willing to help our clients figure out and better understand the packaging and labeling requirements for any state you are doing business in. If you are selling in another state be sure to check our packaging guide which is constantly being updated with new information regarding cannabis and pre-roll packaging across the country!
Custom Cones USA: Packaging Done Right
Here at Custom Cones USA we are the experts in all things packaging. We offer a variety of packaging options that are sure to comply with each state rule and regulation. We have everything from tamper evident bands to child-resistant push packs and doob tubes. Not sure where to begin? Contact us today and we will be sure to answer any questions you may have!

Check out some of our best selling packaging options below!

California and weed go together in the public mind like peanut butter and jelly. The state has a long history with cannabis, which is apparent with its early adoption of medical marijuana. They have continued this push towards a cannabis-rich world with the legalization of recreational use in 2018.

The state has a plethora of different cannabis licenses available which allows businesses to focus on their specific branding goals. All applications are open at the time of writing, which indicates that the market for cannabis in California will continue to grow.

Approximately $400 million of the $1.3 billion made in cannabis tax was allocated to assist child care and prevention services for children in low-income or high-risk situations. This use of tax dollars has pushed many consumers to support the tax, helping lead to more sales in the legal market.

As of January 2022, there are a total of 866 dispensaries in California, and this will only continue to grow as more people want a slice of the pie. As companies like Cannabiotix, Raw Garden, and Stiiizy have set themselves apart, newer companies will continue to push to get on top of the market.

Do you think that the legal marijuana market can catch up to the 90% illegal market? What will it take to balance out the cannabis landscape in California?