Tobacco is one of the oldest forms of smoking, and in turn, one of the most profitable. For years, the industry grew and tobacco players went untouched through lobbyist efforts, despite studies later showing the addictive qualities of cigarettes. Over time, this has culminated into tobacco causing over 480,000 deaths per year in the United States. Fortunately, there has been an increased amount of effort put forth in recent years to find alternatives to tobacco smoking and help those who are struggling with addiction and withdrawals. These options come in the form of everything from nicotine chewing gum, to nicotine patches, to prescription medications like Bupropion. While some treatments have proven to be successful, they also come with drawbacks, side effects, and other stipulations often associated with man-made drugs. This is where Hemp Cigarettes come in! The relaxing qualities of the CBD present in hemp are effective in soothing and reducing cravings; a characteristic that has enabled it to obtain a foothold in the market. Advantageously, the hemp industry has the added benefit of being able to see the past failures and pitfalls of the tobacco industry and prevent them from reoccurring. To keep prices low (and trending continuously lower), those working with hemp are also able to retrofit machines previously used for tobacco cigarettes to pack the sticky hemp material. As long as hemp cigarettes are below the limit of .3% THC, they are legal in all markets, making it a product with much bigger market capitalization than its partner plant, cannabis. Likewise, it does not have the strict regulations tobacco has, allowing for freedoms such as ornate designs and vibrant colors on its packaging. For many hemp cigarette users, the positive health benefits combined with the fulfillment of the smoking experience, outweighs the negative effects smoking itself can have. As prices continue to decrease and companies and brands continue to get stronger, there is no doubt that a pack of hemp cigarettes will soon be as common as that of Marlboro Reds.

History of the Cigarette

Originally introduced as a small cigar, the first cigarettes can be traced as far back as the 9th century, when Mayans and Aztecs rolled tobacco and psychoactive drugs as part of their religious rituals. It wasn’t until the smaller tobacco sticks arrived in France in the early 1800s that they were given the familiar name “cigarette.” Unsurprisingly, the United States attempted to them call them “cigarets” to give the products their own unique spin, though it never truly caught on. Up until this time, cigarettes were still largely a niche product that were easily outsold by cigars, however, with the creation of the first machines in Mexico in 1847, the market boomed and transitioned from a labor intensive task to an automated industry. Price points were driven down, and with little to no regulation, exports and imports thrived throughout the global market. By the time the 20th century arrived, cigarettes were no longer niche, but rather the majority share. Despite this boom, the market was unable to sustain, and as just as quickly as it went up, it crashed. Though the negative benefits of cigarettes had been discovered by the 19th century, it was a series of effective campaigns run toward the end of the 20th century that ultimately caused the amount of tobacco smokers to dwindle. This hasn’t necessarily meant a reduction in ALL forms of smoking though, as the number of those partaking in cannabis and hemp has continued to grow exponentially. With the majority of consumers now consciously moving toward a healthier lifestyle, there has been a corresponding increase in demand for a way to fulfill the vice of smoking in a manner that is less detrimental to one’s overall health. 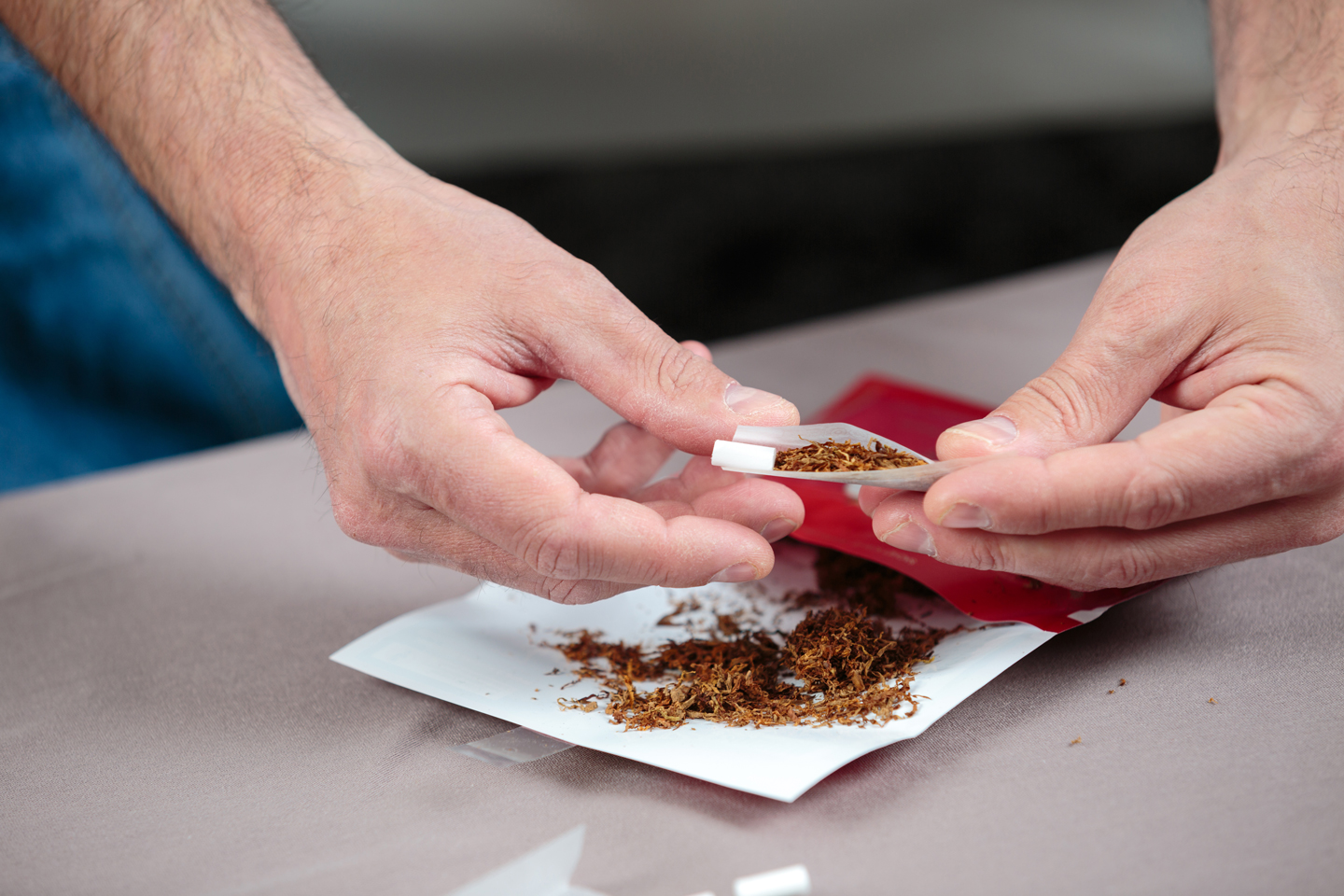 When the spread of seeds boomed in the 1990s, there was enormous competition to obtain the highest level of THC content, i.e. the most potent flower. Today, the same stands true for the farmers across the United States who eagerly await their test results, hoping that they come back with the highest CBD percentage while still staying below the .3% THC threshold. Though the health benefits for CBD go as far back as the plant itself, it was during the 1970’s that its anti-convulsive effects were discovered, which then led to the recognition of its anti-anxiety, anti-inflammatory, and analgesic qualities. Upon additional research, it was quickly proven that common conditions such as glaucoma, Crohn’s disease, and PTSD could be soothed and improved via CBD therapies. Unfortunately, hemp production was heavily regulated by the 1920s, so research and the results thereof took much longer to acquire than that of other medicinal drugs on the market. This was undoubtedly amplified by the stigmatism that Cannabis brings to the Hemp industry, however, with regulations being steadily replaced with more research programs, there seems to be increasingly bountiful possibilities for the hemp flower and how it can help individuals across America with their various health difficulties. 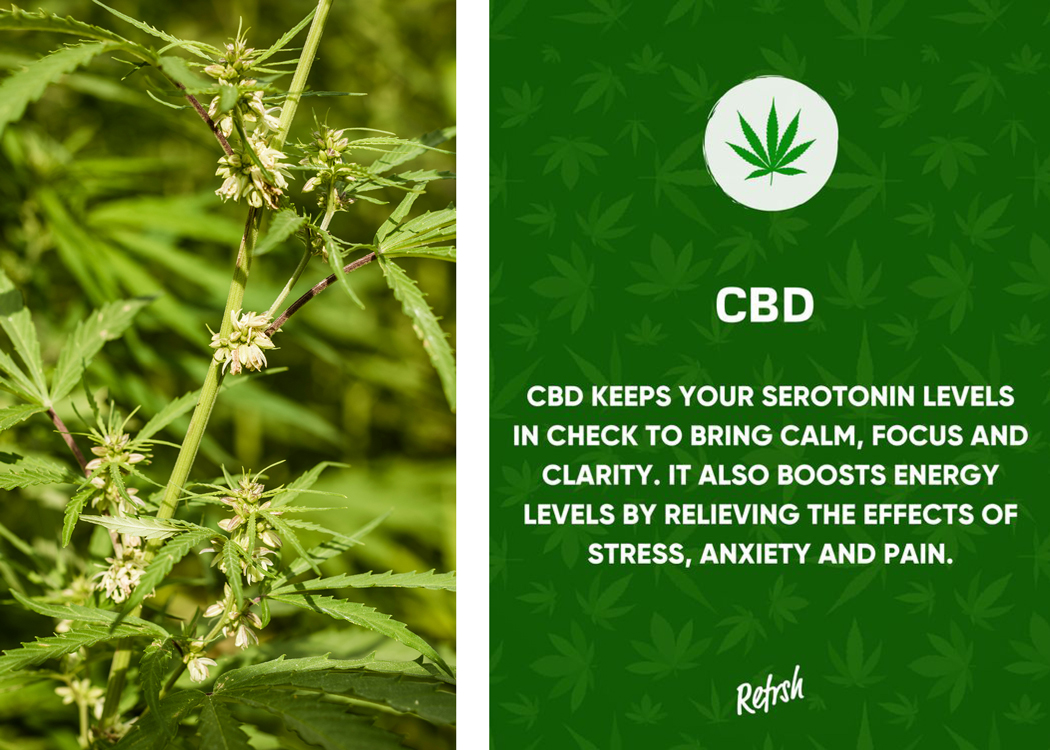 As further research comes out on hemp and it continues to gain positive momentum, more farmers are converting their acres of land to produce it. While this initial rush has lead to widespread innovation, the market’s control over product quality has unfortunately suffered. With little to no knowledge about the production and scaling of hemp cigarettes, many farmers have made the misstep of believing you can use tobacco techniques and supplies to produce them. However, since tobacco is dry and flat, unlike the sticky, erratically shaped hemp, these machines are largely useless and produce subpar hemp cigarettes. For this reason, farmers initially used extracted tobacco upon bringing their hemp cigarettes to market. While this finally introduced smokable hemp, the quality was extremely low and the CBD benefits were slim to none. Additionally, it was quickly apparent that this type of material burned poorly and did not offer a desirable experience.

The manner in which flower is ground — a step that is unimportant when making tobacco cigarettes — has also proved be vital in creation of proper hemp cigarettes. It’s been found that attaining a fluffy consistency is key when filling tubes, rather than the powdery grind and quality already found in extracted hemp. As such, a grinder that does not produce heat is a must-have for premium flower to prevent stickiness and clumping. Other common errors in the production of hemp cigarettes include the use of thicker tobacco cigarette paper, and worst of all, the inclusion of a tightly-packed cellulose acetate filter. Thicker paper causes the cigarette to produce larger amounts of ash and effects the flavor/taste of the flower, while the filter causes the smoker to face heavy resistance when pulling and reduced content potency, as its original purpose is to filter out the tar in tobacco smoke. These components not only harm the overall smoking experience, they negate the farmer’s efforts to cultivate premium hemp. Thankfully, as the industry continues to evolve and push past these initial hiccups, many brands have now have caught on, and there is no question that a variety of premium hemp cigarette offerings will soon fill the shelves. 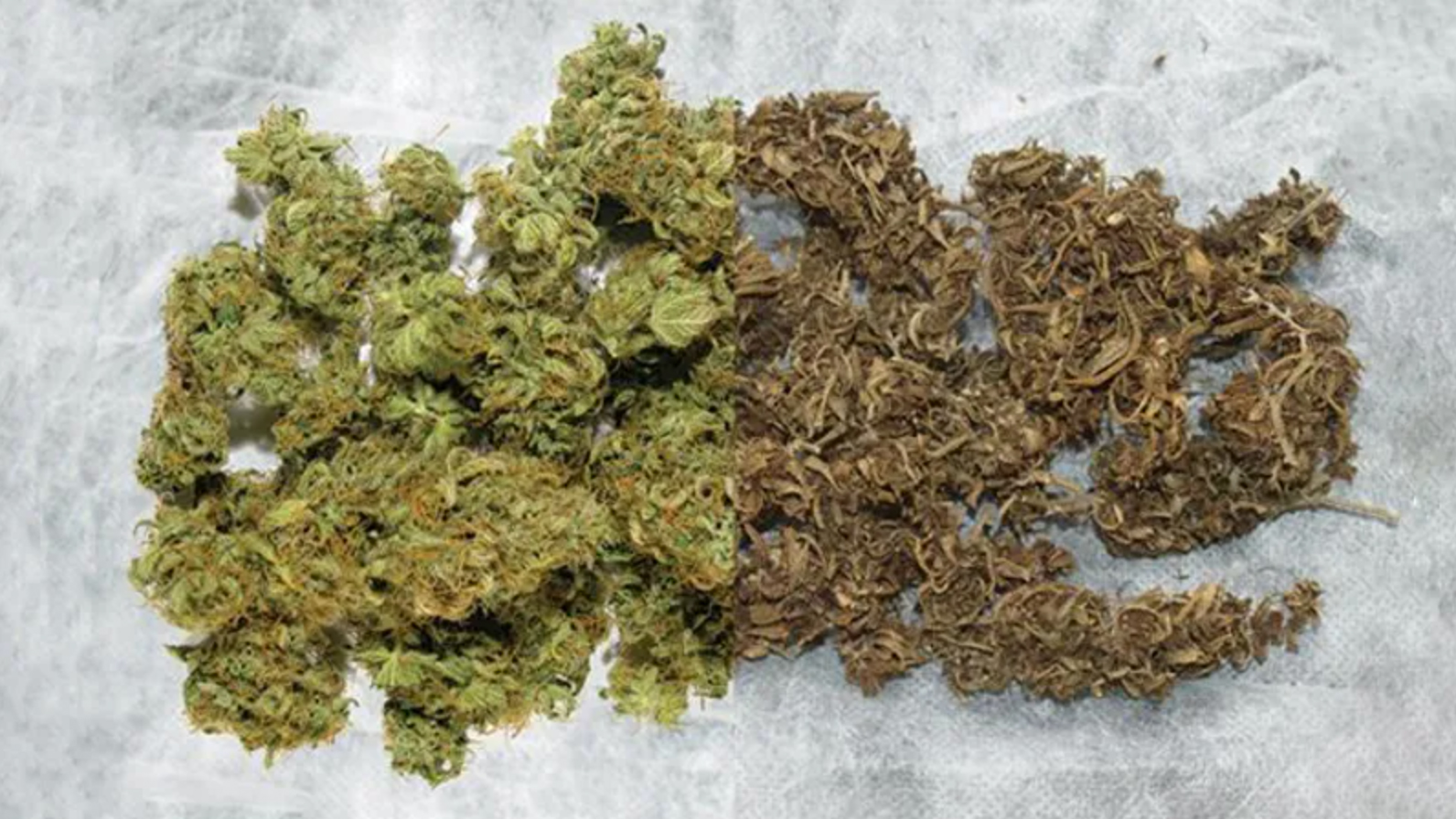 With the growing need to solve the problems stated above, many machines have been produced and/or modified specifically for cannabis and hemp. For starters, RYO machines that use the spoon-fed mechanism are being adapted into something with the ability to pack sticky hemp material. Better yet, you can purchase even larger, semi-automatic machines that — while they need a little extra time to be battle-proven — are causing regional co-packers across America to pack up. Interestingly, no one machine has definitively captured the market, as the hemp/cannabis industry is fragmented with many custom-made machines that offer sporadic quality and differ in how much they can produce. In addition to machines, farmers have come to notice the importance of the moisture level of hemp — levels below 14% are effective in limiting its stickiness, as is the inclusion of mullein and other natural herbs into the hemp mixture. Techniques such as placing the hemp in the fridge 6-8 hours before grinding have also shown increased success, as the heat of the grinder is nullified. With a growing amount of cannabis and hemp companies opting to be vertically integrated and a corresponding rise in the number of mergers, it seems like the industry is due for consolidation in the name of knowledge-sharing and efficiency. Companies are eager to use their capital to buy automated machines that will produce hemp cigarettes with the best techniques and at the lowest rates possible. With this increase in competition and machine innovation, the price per pack will continue to decrease. Soon, it won’t take much for the ordinary American to be able to acquire decent quality hemp cigarettes from their favorite retail stores. 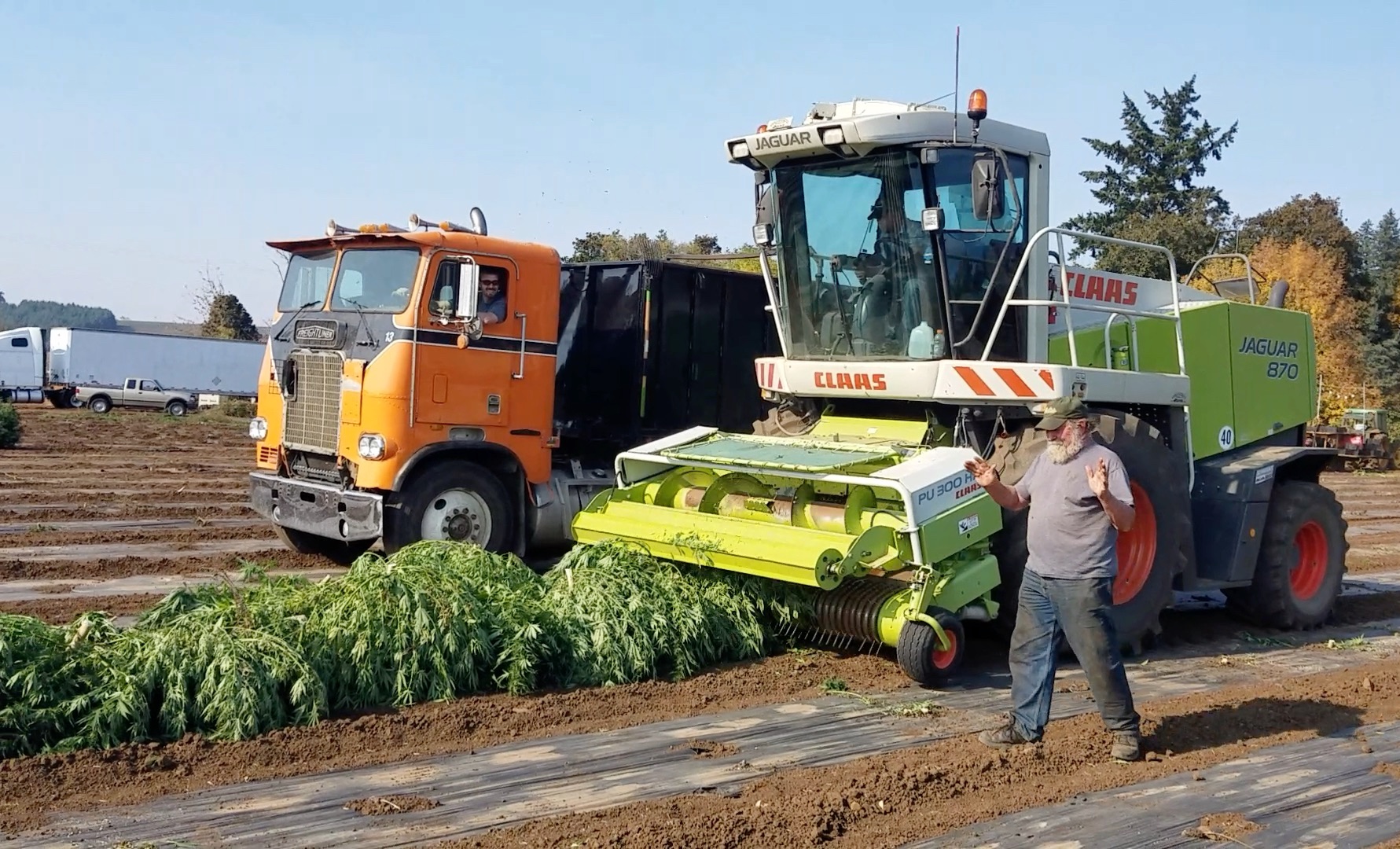 The Importance of Packaging

Along with how the hemp cigarettes themselves are filled, the decision on how to package them has also been a growing question. Since hemp cigarette packs do not need to be child resistant, the options for how to present them are endless, however, the industry has largely stuck with the most recognizable, least risky option - the cigarette box. Initially, the boxes were introduced as smaller 5-packs to test the market, though that inevitably translated to the 20-pack box, replicated from that of tobacco cigarettes. While some of these cigarette packages look modern and high-quality, many shelves have been flooded with flimsy, poorly-made cigarette packs produced internationally. Twelve-point cardstock is commonly used for these boxes, the weight of which just isn’t thick enough to remain rigid during travel or inside of a pocket. Optimistically, with many box producers in the United States recognizing that they can mass produce the cigarette box for a market that has positive momentum, the price for packaging made in the United States is starting to decrease. In turn, this should lead to box quality increasing and well-made packaging growing in both popularity and desirability as brands come to recognize that yes, packaging does matter! High-quality boxes have a corresponding tactile quality, the benchmarks of which are 14-18 point cardstock and at least a single or double-coated finish. Along with this upgrade in quality, the demand for print and finish variety (ex: craft-style papers and UV touch finishes) and alternate packaging options like sliding boxes or multi-pack joint tubes is continuing to increase as their ability stand alongside (and apart from) traditional cigarette boxes is proven. 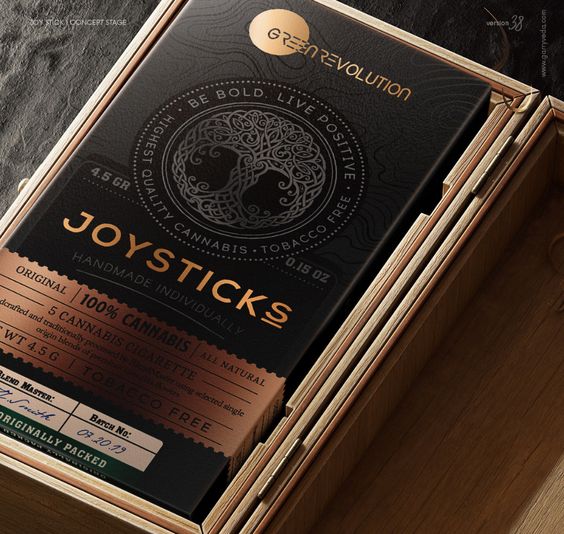 Though the smokable hemp marketplace has been suppressed for quite some time, recent changes have lead to increased research, a wider array of product and machinery options, and greater consideration for how hemp and CBD can aid the everyday tobacco smoker. Brands are shifting their business plan as they see opportunity and profitability in making hemp cigarettes readily available, though only a select few are concentrating on also getting the proper quality of hemp into the cigarettes. As the smoking experience itself moves to become the main value prop for top-tier brands, the supplies and machines used for each cigarette are also becoming increasingly important, especially those that incorporate hemp-specific innovations. Producers who choose to harness these opportunities and go the extra mile to invest in their product, processes, and methodologies will place themselves ahead of the curve, ensuring their companies and brands place well within this highly competitive, blooming market.

Ready to dive into the world of hemp and/or cannabis pre-rolls? Here at Custom Cones USA, we are readily available to provide information, assistance, supplies, and highly-tailored machinery for any and all projects within in the pre-roll space. Contact us today so you can hit the ground running!