While the current cannabis market in the United States is a patchwork of law, ordinances, and regulations, one thing that virtually all medicinal and recreational cannabis laws have in place is a provision, stating that all packaging must be child resistant (CR). We can debate clear v. opaque packaging until the cows come home but regarding child safety, there is no debate.

How did CR packaging come about? 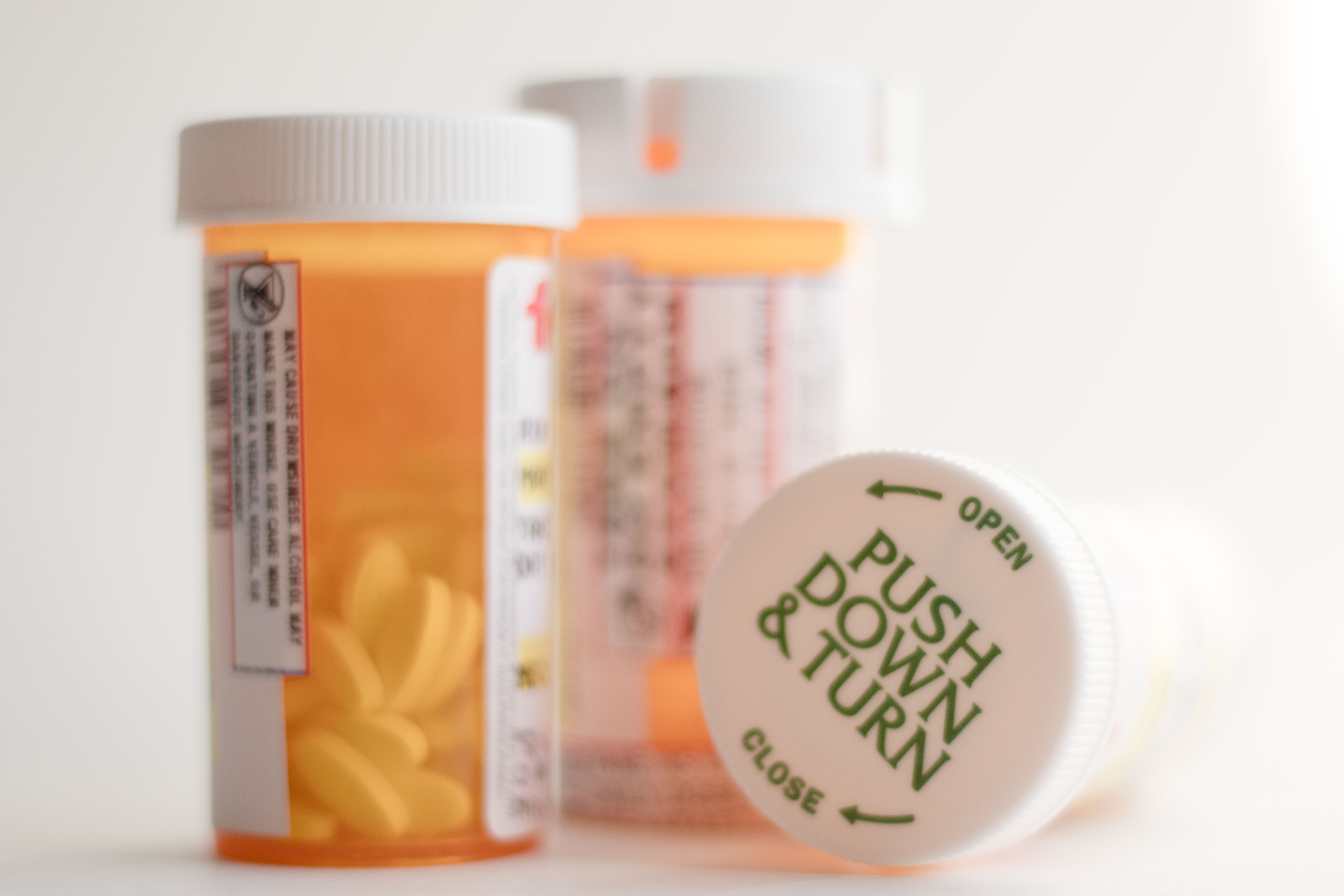 After a long history of accidents in the United States involving children opening household packaging and ingesting the contents, Dr. Henri Breault invented the child-resistant locking closure for containers in 1967. Soon after, the United States Congress passed the Poison Prevention Packaging Act of 1970 (PPPA), authored by Senator Frank E. Moss of Utah, which gave the U.S. Consumer Product Safety Commission the authority to regulate consumer packaging. Today, almost all U.S. cannabis laws reference the PPPA as a foundation for state packaging regulations.

Although child-resistant lids are not perfect, there is strong evidence that use of child-resistant lids has reduced child poisoning rates in the United States substantially. Still today though, according to the Center for Disease Control, more than 300 children in the United States are sent to the emergency room each day, and two children die, as a result of being poisoned. It’s not just chemicals in the home marked with clearly marked warning labels that can be dangerous. Everyday items in the home, such as household cleaners and medicines (think medicinal marijuana), can be hazardous to children as well. As we all know, these days a medical prescription could include marijuana concentrates, pre-rolls, and edibles and, traditionally, medication dosing mistakes and unsupervised ingestions are among the most common ways that children are poisoned.

How is this applied to cannabis products? 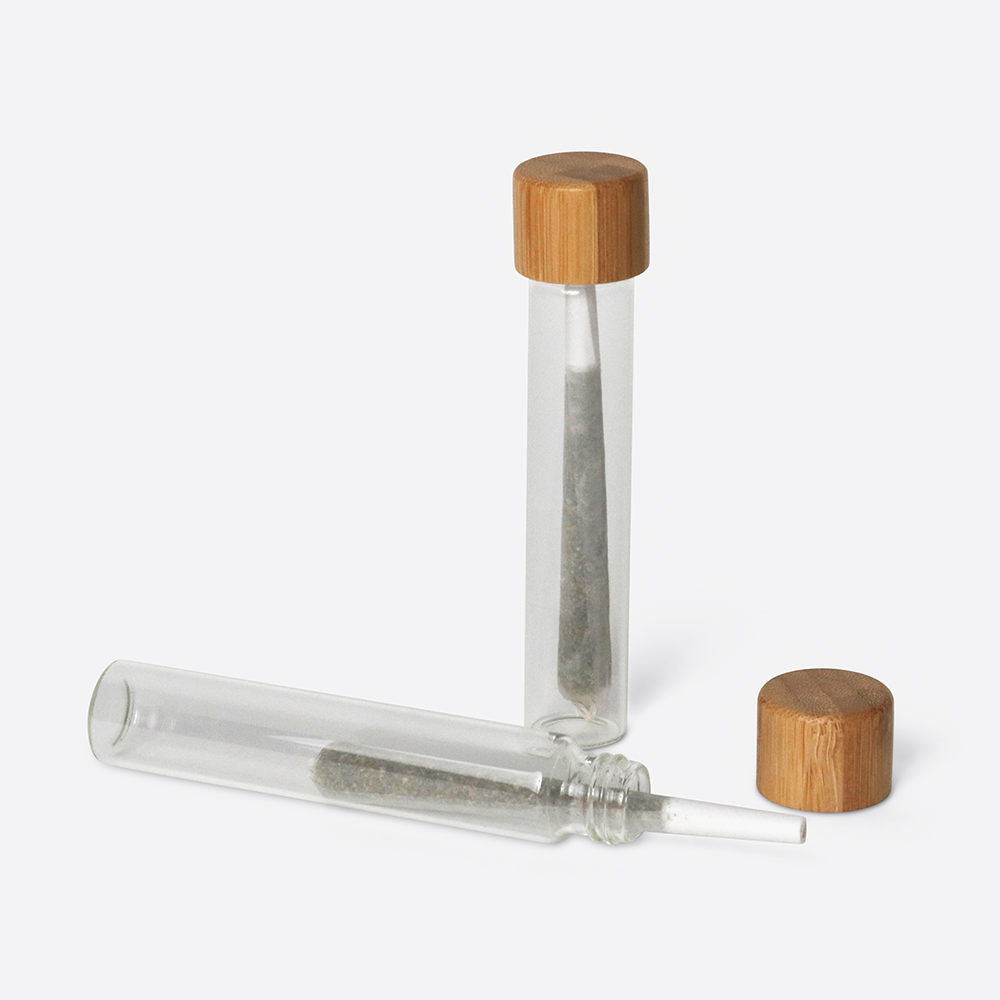 Now, let’s look at this issue more deeply through the lens of cannabis. Has medical marijuana legalization increased the number of pediatric cannabis exposure cases? A 2019 study from the Regional Center for Poison Control and Prevention in Massachusetts attempted to tackle that very question.

According to the study, there were 218 calls related to cannabis exposure received by poison control centers in Massachusetts, constituting 0.15% of all calls concerning children and teenagers. The number of calls regarding single-substance cannabis exposure more than doubled from 29 calls in the four years before medical cannabis legalization to 69 calls four years after legalization went into effect.

The study concluded that “states liberalizing marijuana policies should consider strengthening regulations to prevent unintentional exposure among young children and enhancing efforts to prevent use by teenagers, with particular attention to edible cannabis products and concentrated extracts.”

So, packaging for pre-rolls, edibles, cannabis flower, and concentrates righteously falls in a very well established zone for food, medicine, and other consumer packaged goods.

As we now know, child-resistant packaging is special packaging used to reduce the risk of children ingesting hazardous materials. Since we are a pre-roll packaging company, we will discuss different child-resistant closures through the lens of that packaging, but the mechanisms discussed apply to all cannabis packaging.

Child-resistant closures for cannabis pre-roll packaging require two motions to open, making removal by a child difficult but achievable by an adult. The regulations are based on protocols of performance tests of packages with actual children to determine if the packages can be opened. Additional package testing is used to determine if older individuals or people with disabilities have the ability to open the same packages.

The most common motions are “Push Down & Turn” and “Squeeze Lock Closures”. If the closure is the Push Down & Turn variety it usually consists of two pieces. The inner piece being a continuous-thread cap. The Squeeze Lock type of closure usually consists of a lid that is squeezed on both sides to release the lid from a set of tabs or its nested position like with a single CR tube or “doob tube” as it is commonly referred to. 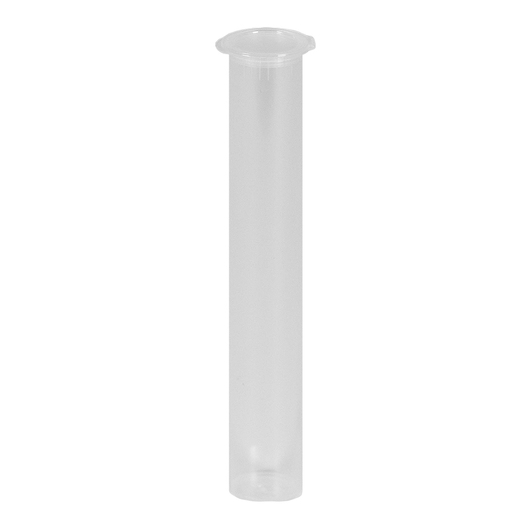 Doob tubes are single-use pre-roll containers designed to keep pre-rolls fresh and secure. It features a Squeeze Lock closure on the cap, which means the cap is nested securely in the tube with enough resistance to make it too difficult for a child to open but simple enough for an adult. When you want to open the tube, squeeze it between two fingers to force the cap up and pop it out. A small piece of plastic will keep the lid attached to the tube for re-closing the tube if necessary. The doob tube is one of the most common you see in the pre-roll market because it is cheap and the CR mechanism is extremely effective. There are also a ton of size and color options, making this a very accessible and customizable packaging option.

Super seals are a triple threat. 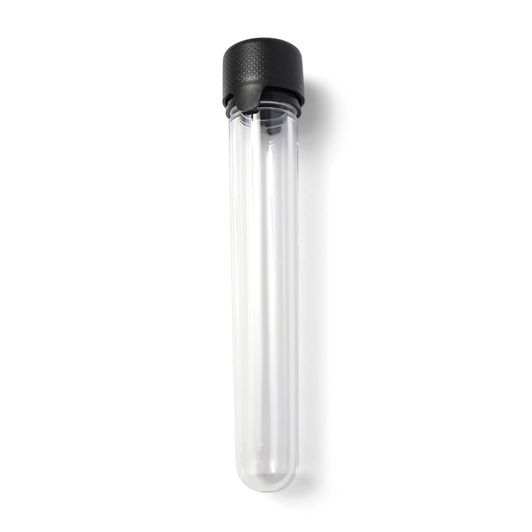 Super Seal pre-roll tubes are a triple threat: child resistant, tamper evident, and airtight. The first thing you notice about the Super Seal Pre-Roll Tube is its sleek, tapered silhouette and its natural fit in the hand, but the real beauty of this plastic pre-roll tube is all in the cap. When the cap is sealed during production it simultaneously creates an airtight, tamper-evident seal that is also child-resistant after opening, leveraging a Push Down & Turn safety cap. Some states require that cannabis packages be tamper evident (meaning it is obvious if the product has been opened post production) in addition to being child resistant, so this tube is a match made in heaven. 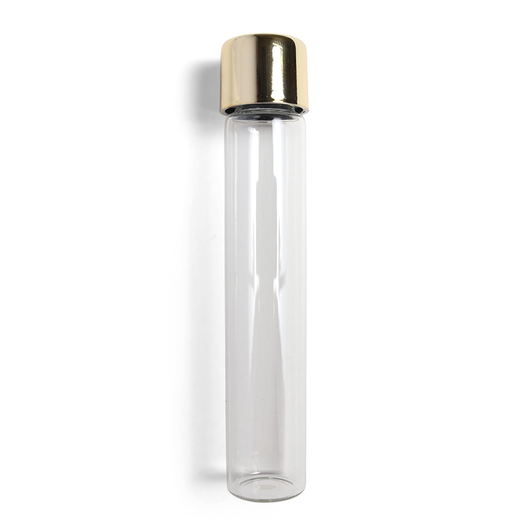 Our glass tubes combined with the Push Down & Turn CR cap create one of the most elegant and bespoke packaging schemes we offer. The sleek matte finish of the cap matches the smooth, rounded exterior of the glass. It makes sense though that we would partner a high-end CR closure with a high-end packaging exterior but it really works here. The heft of the glass rolls seamlessly into the super secure closure. When you turn the lid and feel the clicking of the continuous-thread cap, you know the contents of your glass tube are safe. The baseline here is the clear glass tube with a black CR cap, but this category boasts matte white and black glass options. There are also bamboo and metallic gold and silver caps to give the glass tubes a little more pop. 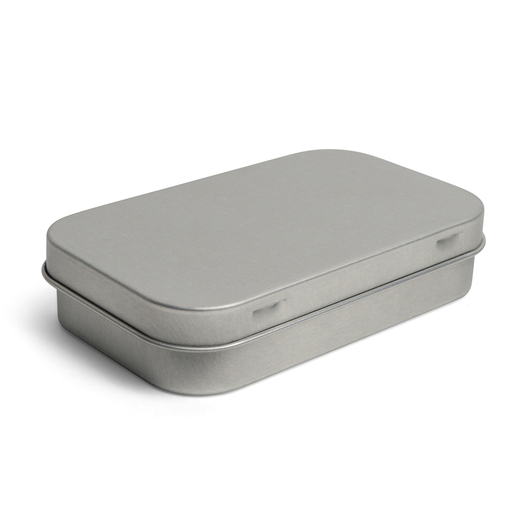 At Custom Cones USA, we offer a variety of pre-roll tins, including several sizes of retroflip tins, slider tins, as well as the extremely secure two-button tin. All of our tins work fantastically as pre-roll multipacks, which have been gaining in popularity with benefits for brands and customers, according to our recent pre-roll industry white paper. While the tins retroflip and slider tins have different stylings and constructions, they share the same Squeeze Lock CR closure albeit two different configurations. The slider tin has a slide top secured with tabs protruding from the longer sides. When closed, you squeeze sides to free the lid from the tabs so it can slide all the way open. Once slid closed, the lid finds the tabs again and is secured shut. The retroflip tins flip from front to back, hence the name “retroflip.” When closed, the tabs on the front of the tin secure the lid. To open, you squeeze the front and back to free the lid and open. When closing, you just snap the lid back into the tab. The two-button tin is a bit of an outlier here. As previously stated, most CR mechanisms require two motions. Well, in this case there are two buttons on the front of the tin case that need to be pushed simultaneously for the lid to pop open. While it takes more to open, the super secure style gives the tin the cinematic appearance of a satchel filled to the brim with something mysterious and delicious. 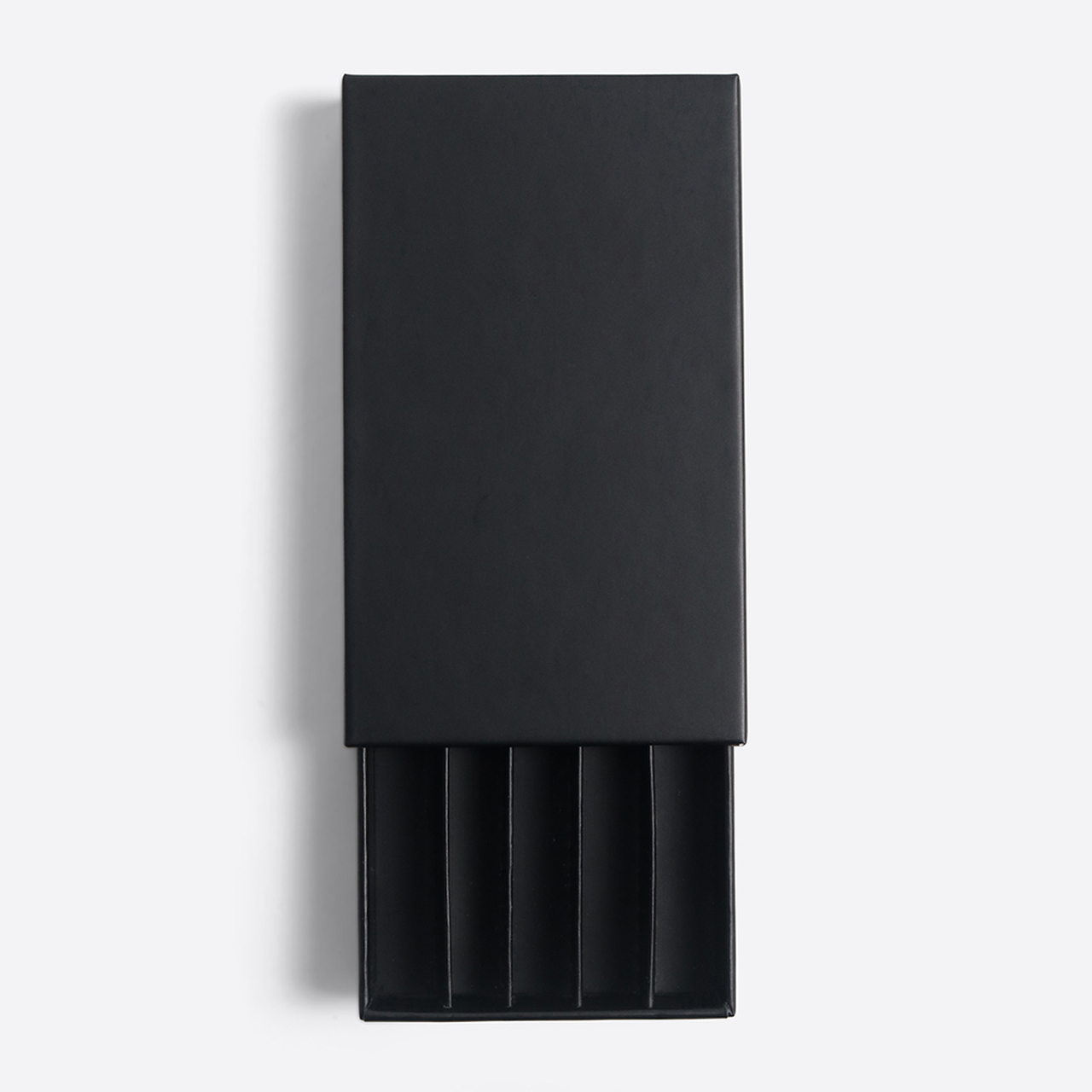 The Push Pack is one of the coolest CR multipacks we carry and its CR mechanism is just as cool. The first thing you notice is the blank canvas it provides for wall-to-wall custom design and branding. There is nothing to speak of on the front and sides and back feature a fingerprint-sized tab closure. To open, you simply push on the tab and slide the Push Pack tray open. In this way, it is still classified as a Squeeze Lock closure but it is entirely unique from other CR multipacks, which is what makes it so attractive for brands. The Slider Box has a similar presentation to the Push Pack but features a slightly different Squeeze Lock closure. At the bottom of the package’s sides, there are two buttons that are squeezed as the slider tray slides down to reveal the luscious goodies.

Within all these different CR mechanisms, there are literally hundreds of different styles to choose from. There are so many in fact that it can be extremely overwhelming to know where to begin. Hey, we get it! We’re the pre-roll experts and even we have to strain to keep up with the pace of cannabis packaging innovation. The great thing is that we are here to help and we even have an in-house design team that can help you create something from scratch that uniquely defines your brand and helps you win with your customers. All across the United States and Canada, we have worked with hundreds and hundreds of brands to launch their pre-roll with the best CR packages out there. If you need assistance, samples, or just someone to run ideas by--we are here to help!

While the current cannabis market in the United States is a patchwork of law, ordinances, and regulations, child-resistant packaging is a must for most brands.